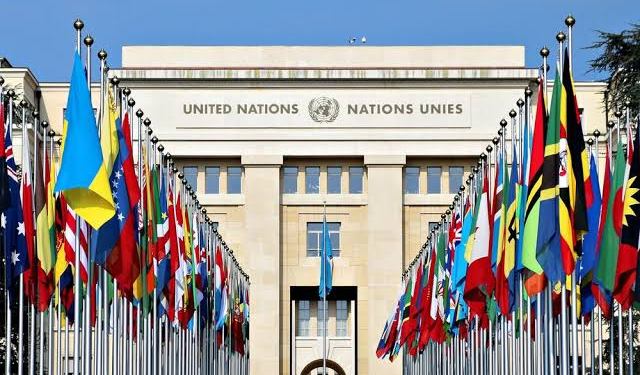 The United Nations, the United States of America, the European Union, Human Rights Watch, and Amnesty International reacted on the occasion of August 15, the anniversary of the fall of Afghanistan to the Taliban.

Representatives of these organizations yesterday (Monday, August 15, 2022), on the occasion of the first anniversary of the fall of Afghanistan, expressed their concern about the unfavorable situation of human rights and the oppression of women by the Taliban group.

By publishing separate statements on Twitter, the representatives of these organizations have complained about the violation of the human rights of Afghan citizens by the Taliban group and consider the international community to be responsible for monitoring and follow-up.

Sima Bahous, UN Under_Secratary_General, and UN Women Executive Director stated: “The Taliban’s meticulously constructed policies of inequality set Afghanistan apart. It is the only country in the world where girls are banned from going to high school. There are no women in the Taliban’s cabinet, and no Ministry of Women’s Affairs, thereby effectively removing women’s right to political participation. Women are, for the most part, also restricted from working outside the home, and are required to cover their faces in public and to have a male chaperone when they travel. Furthermore, they continue to be subjected to multiple forms of gender-based violence.”

She added: “We urge the Taliban to ensure that women journalists, human rights defenders, and civil society actors enjoy the freedom of expression, have access to information, and can work freely and independently, without fear of reprisal or attack.”

“Decades of progress on gender equality and women’s rights have been wiped out in mere months by the Taliban. ” Sima Bahous said.

The Taliban have deprived the women of Afghanistan of the right to education, work, and freedom by imposing restrictions, and they have not observed any human rights obligations in contrast to the promises they signed in the Doha agreement.

Josep Borrell, High Representative of EU for Foreign Affairs tweeted: “One year after the Taliban took over control of Afghanistan, the humanitarian situation has worsened, and widespread human rights violations are rising, in particular against women, girls, and minorities.

I call on those de facto holding power in Kabul to reverse these unacceptable decisions and behaviors, and fulfill UN Security Council resolution 2593.”

Also, Heather Bar, Associate women’s rights director at Human Rights Watch tweeted: “We owe Afghan women an apology, for our governments promising to stand by them forever, then breaking that promise. We also owe them much more than an apology–we owe them action.”

She added: “I’m sorry that my country, the United States, and so many others promised to defend the rights of Afghan women and girls forever, and then broke that promise. I pay taxes and vote in the US and feel complicit in the tragedy that has unfolded over the last 21 years, and I am truly sorry for that.”

Heather Barr told Afghan women: “I know it is very hard to have any faith in the international legal regime and mechanisms given what you are going through, but please keep using these  treaties and demanding that they work for you.”

“The response from the United Nations, which is responsible for upholding international human rights law, and from countries around the world to the Taliban’s violations of the rights of women and girls has been weak.” She said criticizing the countries of the world.

She also said: “The UN Security Council can impose travel bans and other sanctions on Taliban officials implicated in rights abuses.”

In the last sentence, she sends a message to Afghan women: “The Taliban cannot kill the spirit of Afghan girls and women, and the world owes you its support.”

Meanwhile, female protesters called on the international community to stop watching the critical situation in Afghanistan and take action against the Taliban.

Following the international reaction on the first anniversary of the Taliban takeover, US Special Envoy Rina Amiri tweeted: “This is a painful time for many Afghans, particularly for the women & girls who have been rendered invisible & for the ethnic, religious & at-risk groups who live in the shadow of violence. The only option is for the world to continue to stand with & support the courageous Afghan people as they valiantly call for an inclusive government that respects the rights of all its people. Their aspiration for an Afghanistan where all its people have the right to education, serve as active members of society & the workforce & choose their government is fundamental to what the world seeks – a stable Afghanistan at peace with itself & its neighbors. The road ahead will be long & challenging. The U.S. remains the largest humanitarian aid donor & is committed to working with the Afghan people on respect for human rights, a sustainable economic future & a durable peace.”

Amnesty International has also reacted to the anniversary of the fall of Afghanistan to the Taliban.

Since seizing control of Afghanistan a year ago, the Taliban have mounted a sustained attack on human rights, persecuting minority groups, violently clamping down on peaceful protests, suppressing women’s rights, and using extrajudicial executions and disappearances to spread fear among Afghans, Amnesty International said in a new briefing today.

This organization has accused the Taliban group of widespread human rights violations in the past year and said that the Taliban fighters have committed many crimes such as torture, revenge killings, and other human rights crimes, contrary to the promises they made.

At the rest of the briefing, Amnesty International asked the international community to take meaningful measures to prevent the further human rights crisis in Afghanistan and to hold the Taliban accountable for these crimes.