Women: The Silence of the United Nations is Shameful, 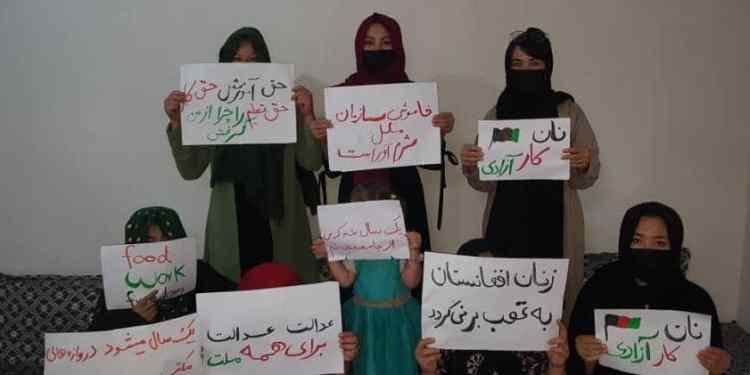 Female protesters in Kabul called the silence of the United Nations against the violation of the human rights of Afghan women by the Taliban shameful.

Some female protesters held a civil gathering yesterday (Monday, 15, August) in the west of Kabul with the slogan “Food, Job, Freedom” and “Reopening girls’ schools”.

These women called the silence of the United Nations and other human rights organizations against the fate of Afghan women and girls shameful.

However, a number of international institutions, including the United Nations, the United States of America, the European Union, Human Rights Watch, and Amnesty International, reacted on the occasion of August 15, the anniversary of the fall of Afghanistan to the Taliban yesterday.

The representatives of these organizations expressed concern about the unfavorable situation of human rights and the oppression of women by the Taliban group.

Sima Bahous, UN Under_Secretary_General and UN Women Executive Director, said: “Without the participation of women and girls in all aspects of public life, Afghanistan’s chances of achieving sustainable peace, stability, and economic development are very low.”

But female protesters want “Serious and practical measures against the actions of the Taliban” to force this group to respect human rights.

On the 15th of August, equal to the first anniversary of the fall of Afghanistan to the Taliban, female protesters from all over the country raised their voices of protest and demanded justice.

But the Taliban not only did not reopen schools for girls but stripped away the streets from women and brutally suppressed them in front of the media and arrested the journalists who were covering women’s protests.