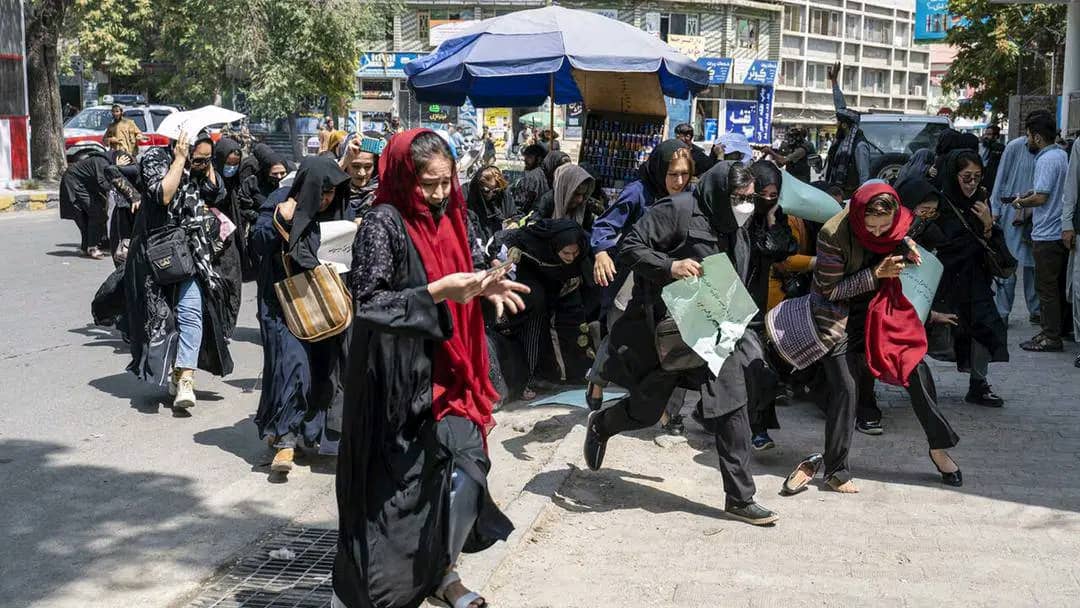 29 female protesters were injured during the civil march against the Taliban group.

A number of female protesters demonstrated against the Taliban group on Saturday, 13, August in Kabul city in front of the Ministry of Education building.

Now, these women tell Nimrokh that the violent attack of the Taliban fighters, which took place intending to suppress the women’s protests, has injured 29 of them.

Monisa Mubariz, one of the female protesters, told Nimrokh: “29 of the protesting women were wounded by the bullet cases and stones and beatings by the butts of Taliban rifles.”

Mrs. Mubariz added: “When the female protesters took refuge in the printing centers and pharmacies around the protest site, the managers of a pharmacy where the protesting women were sheltering closed the store gate and called the Taliban and handed the women over to the Taliban, and the Taliban after inspecting the phones of women have beaten and injured them with gun butts. Another number of women were injured by the pebbles during the aerial and direct firing, and a number of them suffered burns on their necks and other body parts due to bullet cases, and as a result, we have 29 wounded women.”

Maryam Hassanzadeh, another protesting woman who was beaten after the air firing ended, says: “When a large number of girls were sheltering in a market, the Taliban wanted to close the gate of the market, and I called the girls to get out of the market unless they will capture you. That time, two of the Taliban beat me with gun butts. I was suffering so much pain that my eyes were black, and they also hit other women who wanted to leave the nearby market and shops with their gun butts.”

The street protests of women’s protest movements on the first anniversary of the Taliban’s domination of the country, with the slogan “Food, Job, Freedom” were violently suppressed.