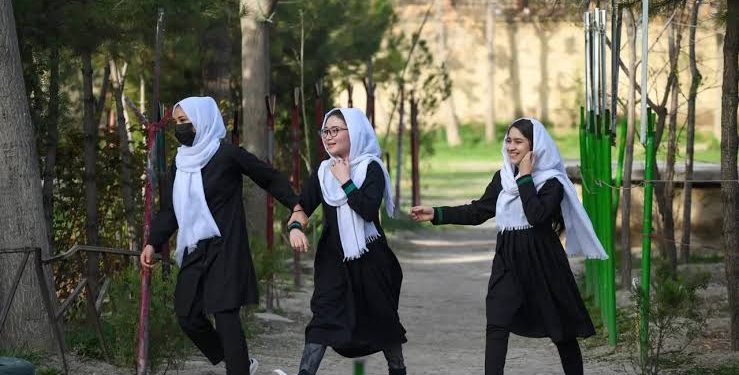 The bitter memory of March 23, 2022, will never be forgotten by the girls of secondary and higher schools in Afghanistan. On this day, after seven and a half months of waiting, more than one million teenage girls went to school with their school uniforms and school bags and with hearts full of hope for the future, but they heard from the school officials that the Taliban group violated the previous promise to the people of Afghanistan, they keep girls’ secondary and higher schools closed until next order.

This news was so shocking and terrible. The students were crying while returning home. They were so disappointed. Misery and hopelessness came over millions of families.

When the Taliban took over political power in Afghanistan for the first time, they had no plans for the Afghan education system. The country was also involved in a critical state with civil power-seeking wars of Mujahedin. After some time, the Taliban allowed the boys’ schools to open, but postponed the girls’ schools claiming that the environment was not conducive for girls’ education. A generation of girls across the country were deprived of education until the fall of the Taliban emirate in 2001. But the reconstruction of the educational system was able to stand up to some extent during the two decades after the fall of the Taliban. However, according to official statistics, 3.5 million children, two-thirds of whom were girls, were deprived of access to educational services due to the deterioration of the security situation and the unbridled administrative corruption of the republican system.

After the Doha agreement between the Taliban group and the United States of America, which paved the way for the Taliban to regain power under the name of peace talks on August 15, 2021, the Taliban seized power by abandoning the possibility of forming an inclusive government.

On September 19 of last year, boys’ schools and girls’ elementary schools were reopened according to the “first order” of the Taliban group’s cabinet. However, the opening of secondary and higher schools for girls was postponed until the “next order” because of “not finalizing the Islamic program and preparing the environment for girls”. There was a fear that history would repeat and millions of Afghan girls would be denied the right to education. However, due to the pressure from public opinion and the international community, the Taliban group promised that all girls’ schools will reopen with the start of the new academic season.

The students enthusiastically bought stationaries and went to the schools on March 23, but the Taliban’s refusal to keep their promise depressed and mourned millions of families. Despite the restrictions on freedom of speech and news production, as far as it has been seen in the domestic media, no Afghan citizen has agreed with the Taliban leadership’s decision to indefinitely postpone the activities of girls’ schools. Rather, people expressed their opposition to it and asked the Taliban leadership to open girls’ schools as soon as possible.

Depriving girls of education will have unfortunate social and economic consequences for Afghanistan. The most important issue is the psychological trauma that this decision of the Taliban leadership inflicts on girls who are deprived of the right to education and the right to have bigger dreams than “forming a family”. The families of these girls also suffer from the negative psychological effects of this decision.

For more than a year, the girls’ school teachers have been waiting for the reopening of the schools despite being deprived of their salaries and other privileges, so that they can continue with the sacred duty of teaching. These teachers cannot wait for the “next order” of the Taliban, which may take years.

They will choose other jobs and this will cause a big blow to the education system of Afghanistan, which is already suffering from the lack of teachers. Keeping in mind the above points, all the people of Afghanistan have expressed their opinions through demonstrations, media, and gatherings.

The education and training of girls and women at all levels of education and the acquisition of vocational degrees and the development of technical and scientific capacity are part of the basic human rights of the people of every society, and in this age, women are not deprived of education in any country except Afghanistan, and no government has the right to deprive women of education.

The Taliban’s refusal of their promise to reopen girls’ schools at the beginning of the new academic year forced many families to leave the country for the sake of their children’s education. Unfortunately, 43 years of war and the destructive policies of neighboring countries and the world on the one hand, and the weak, consumerist, and dependent policy of keeping our country’s economy during the last two decades by the so-called western donors, on the other hand, have made Afghanistan’s economy so bankrupt. Therefore any group that takes power in Afghanistan will need international assistance at least for the first few years to provide urgent domestic services such as education and health services. So, Afghanistan’s education system suffers from a severe lack of facilities to provide services.

If the Taliban group uses the issue of girls’ schools as a means of coercion and playing political games with the West, they will be treated cruelly and against all standards of human rights against girls, and they will also endanger the possibility of funding the salaries of teachers in boys’ schools because the funding organizations have declared that they will not fund programs contaminated with discrimination in the education sector.