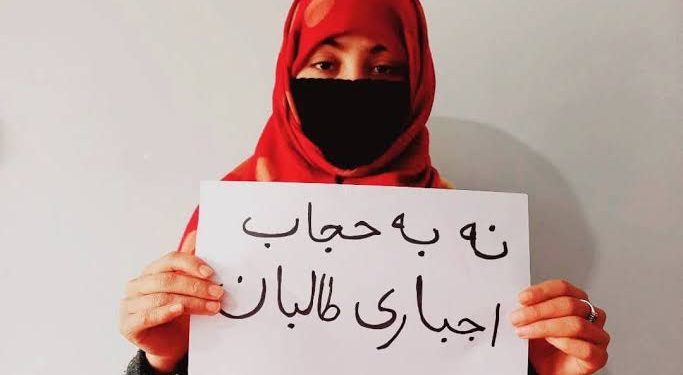 The Ministry for the Propagation of Virtue and the Prevention of Vice announced that they are going to establish a female moral police department.

Mohammad Sadiq Akif, the spokesperson of the Taliban’s Ministry for the Propagation of Virtue and the Prevention of Vice, said in a press conference in Kabul yesterday (Monday, 22, August) that this department will try to guide women.

The Taliban group decided to expand their activity in this field, especially by hiring female moral police, on the one hand, to expand their interference and privacy violation, and on the other hand, to fuel the polarization of society, i.e. putting women against women, to enforce Taliban’s anti-human laws on women by women themselves.

So far, more than six thousand fighters and religious scholars are working in the ministry for the Propagation of Virtue and the Prevention of Vice.

Moral police act as a force that supervises the dress and behavior of women and men in society. So far, in dozens of cases in different provinces, women have been whipped in public for not being accompanied by a mahram, armed attacks have been made on wedding ceremonies, and women have been arrested for listening to music at weddings. They also encourage men to grow beards and hair and beat men with short beards.

Now, the spokesperson of this ministry says, female moral police are hired to “guide women” and advise them to wear the Islamic hijab (burqa).

He emphasized that women do not have the right to wear clothes like “non-Muslims”.

After the publication of reports about the booming market of burqas and black Arabic hijab, the Ministry for the Propagation of Virtue and the Prevention of Vice expressed satisfaction and said that the Islamic hijab decree was implemented correctly.

But the people, especially the women of Afghanistan, and human rights defenders have called the orders of the Taliban group on women’s clothing inhumane and a violation of women’s personal freedom. They say the Taliban has no right to impose their mandatory hijab on women and they must not violate people’s privacy.