Stories of Women of Protest Street 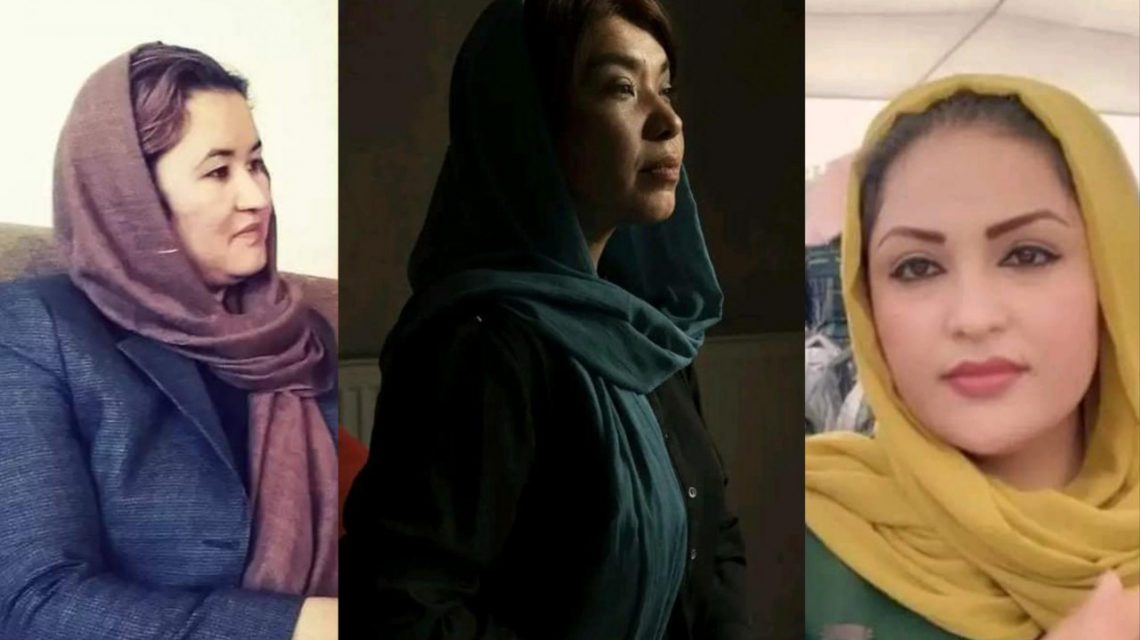 A Report by: Narges Sadat

Two days before the first anniversary of the Taliban’s takeover of Afghanistan, the street demonstrations of several women’s movements on August 13th, which were attended by eighty female protesters were violently suppressed by the Taliban. The street protest was planned a month ago to raise the voice of liberation and freedom against the tyranny and oppression of the Taliban. But armed Taliban fighters fired at the civil protests of women. These women came to protest street with the slogans of “Food, Job, Freedom”, “Justice” and “Women’s Political Participation”.

We were supposed to gather in Golbahar Center and then take to the street on August 13, but the Taliban found out about our plan.

Maryam Hassanzadeh, one of the protesting women, told Nimrokh: “I entered the Golbahar Center with a plastic bag of the slogans “Food, Work, Freedom” that I had handwritten on the papers. A number of journalists had arrived there before me, and I saw a France Press reporter. We already knew each other. I greeted with my eyes, but one of the Taliban noticed it and chased me a few steps away. I called other journalists who were outside and around the protest site waiting for the program to start, and some other members of women’s movements who have not arrived in the place. Shortly after that, we left Golbahar Centre with slogans and reached the street.”

Zarifa Yaqoubi, another female protester, says, “At the very beginning of the demonstration, the armed fighters of the Taliban attacked the protesting women with whips and electric gear, but no one paid attention and we continued on our way and reached the street, chanting our slogans. And we were getting closer to the last stage of our protest, which was the Sadarat cross, but we were suppressed by the Taliban once again. They opened fire on the air and ground around women. All of us were supposed to sit on the ground, but we took refuge in places around the protest due to the intensive firing. Three men were sitting in a printing center where we took refuge. One of them told us not to come here and get out of here. But the other two of them guided us to the underground of the printing center. Then they called the Taliban and they came there soon and checked our mobile phones and deleted all the photos and videos I had taken during the protests. They called me a Hazara girl and looked at my mobile with contempt.”

She added: “While I was prepared for the violent reaction of the Taliban, that day I was shocked by the violent behavior and firing of the Taliban around our protest gathering. They were shooting at us as if they were in a face-to-face armed battle with us.

Some of them were firing in the air and some Taliban fighters were shooting at the fields around our gathering and the pebbles around the street were hitting our heads and faces.”

When the protesting women take refuge in different places, Maryam and another of her friends stay on the side of the street and realize that the Taliban want to close the gate of a market where the protesting women have taken shelter. Maryam calls the girls to leave the market.

“When I saw the Taliban closing the gate of the market, I called the girls to get out because the Taliban fighters were capturing them. Suddenly, two Taliban fighters attacked me from behind with electric gear and a gun butt. They. After beating me, they took us away from the area and told us to go to our homes.”

Monisa Mubariz is another female protester who took refuge in the underground of the printing center after the protest line was disrupted by Taliban gunfire. She told Nimrokh that the Taliban stole her mobile phone after the search.

Vajmeh Rasa is the pseudonym of a female protester who threw her phone into one of the garbage bins of the printing center during the inspection of mobile phones by the Taliban, but the Taliban physically assaulted her and insulted her with obscene words.

Vajmeh told Nimrokh: “Fearing that they will arrest me when they see the contents of my mobile phone, I threw my mobile phone in the trash can and stood in the line of girls. When they said give me your mobile phone, I said I didn’t bring a mobile phone.” A Taliban fighter disrespectfully tried my whole body and hit me on the back with the butt of a gun and said, “Get out, Bitch!”

Monisa Mubariz also says that during the inspection of the mobile phones of the girls, the Taliban fighters beat and injured some of them with the butt of their guns.

According to her, “As a result of the violent suppression of the Taliban against the protesting women, 29 of the protesting women were beaten and hit by street pebbles and bullet cases during the aerial and ground firing, and some of them suffered burns.”

On August 13th, two days before the first anniversary of the occupation of Kabul, the Taliban violently repressed the protesting women in the street and dispersed the lines of the protesting women with gunfire. But the voice of women’s protest increased, during the past week, dozens of protest programs against the Taliban group and in support of Afghan women were held in different provinces and abroad, and the international community and human rights organizations widely criticized the one-year performance of the Taliban and demanded more restrictions and sanctions on this terrorist group.