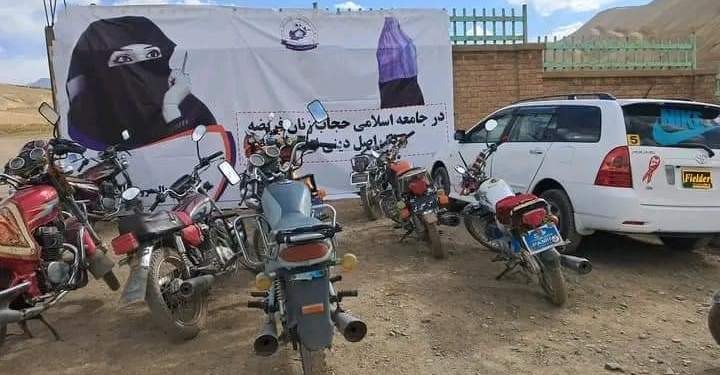 Local sources in Bamyan province in the center of the country say that a female student fainted during the inspection by the morality police of the Taliban group due to their violent behavior.

According to local sources, this event happened on Monday (19, Sep) at the entrance gate of Bamyan University.

According to local sources, this girl was a student of the Faculty of Natural Sciences of Bamyan University and after fainting, she was taken to the hospital by her classmates.

Sources added the Taliban have ordered students of Bamyan University to wear a black veil since Sunday. They did not allow dozens of female students to enter the university due to wearing colorful outfits.

These sources also say that the Taliban check students’ mobile phones at the entrance gate of Bamyan University and force them to unlock the mobile phones.

Several female students of Bamyan University have described this situation as “terrible” and said that if this situation continues, “we may have to drop out of university.”

Earlier Taliban in Kabul and other provinces of the country had also declared hijab mandatory and a large number of students were not allowed to enter the university due to non-observance of this type of hijab.

The Taliban had also warned the female students that if they did not observe the hijab they wanted, they would be expelled from the university. The Taliban consider the burqa and black Arabic veil as hijab which cause problems for women while walking.