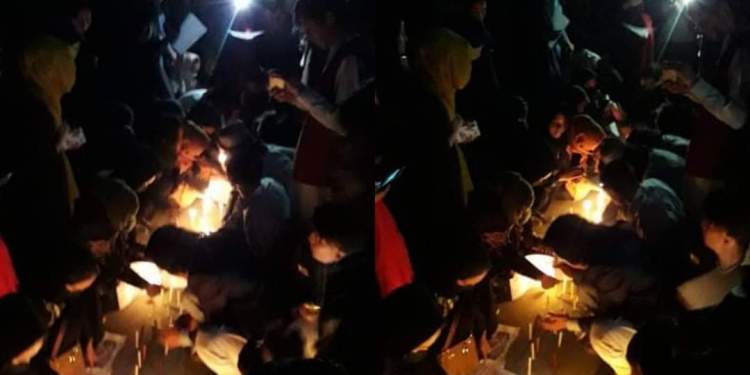 Several residents of Bamyan Province in the center of the country demanded the international community end the genocide of the Hazaras.

They took part in a protest gathering on Saturday evening ( 1, Oct) after holding a candlelight ceremony for the victims of the terrorist attack on the Kaaj educational center in the west of Kabul.

These protests were held while women and female students in Kabul also protested the attack on the Kaaj educational center and demanded an end to the genocide of the Hazaras.

Afghan women’s protests in Kabul were suppressed by Taliban terrorist group fighters by shooting and beating the protestors, and many women were hospitalized due to the violence of Taliban fighters.

Reliable sources have confirmed to Nimrokh that 49 dead and 97 wounded have been confirmed and identified in the terrorist attack on Kaaj educational center, most of them are female students.

This attack was one of the deadliest attacks on educational centers in western Kabul.