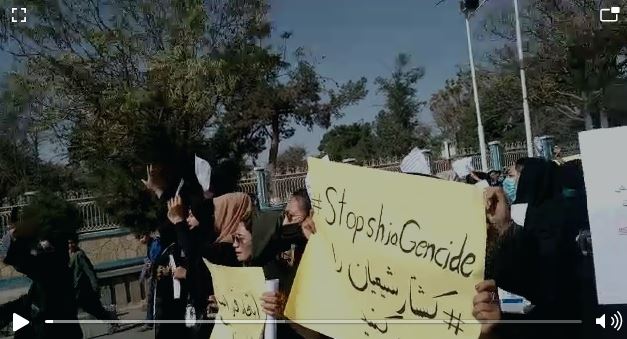 Local sources in Balkh province in the north of the country say that the Taliban group has arrested some female students who were chanting to stop Hazara genocide and taken them to an unknown place.

The female students of Balkh University were supposed to demonstrate today (Monday, 3, Oct) due to the terrorist attack on the Kaaj educational center in the west of Kabul and the genocide of the Hazaras.

Sources in Balkh also say that the fighters of the Taliban group have taken some female students of Balkh University hostage in the central building and dormitory of this university and demand the cancellation of their demonstrations.

In a video published on social media, students can be seen trying to break the lock of a gate.

According to local sources, the “Red Unit” or “Suicide Bombers Unit” of the Taliban group has arrested and taken hostage some protesting students in Balkh.

This is the third day that Taliban fighters suppress women’s protests related to the Hazara genocide with gunfire and violence.