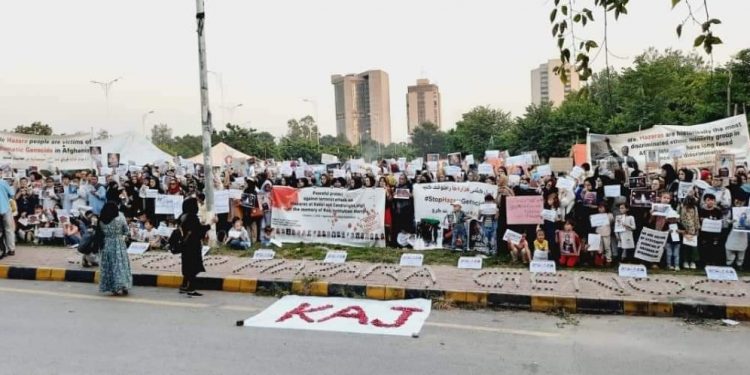 Hundreds of Afghan immigrants living in Pakistan, including Hazaras and Pakistani civil activists called for an end to the genocide of Hazaras in Afghanistan.

This gathering was held yesterday (Monday, 3, Oct) in the city of Islamabad, Pakistan, and the protesters condemned the attack on the “Kaaj” educational center in the west of Kabul and expressed sympathy with the families of the victims.

The terrorist attack on the Kaaj educational center in the west of Kabul has caused widespread global reactions and Afghan immigrants held protest rallies in different cities of the world to condemn this attack and protest against the genocide of Hazaras.

Inside Afghanistan, women and female students have been protesting the genocide of Hazaras for three days in different cities.

The Taliban group has so far suppressed the demonstrations of women and female students in the cities of Kabul, Herat, and Mazar-e-Sharif with gunshots, beatings, and violence.