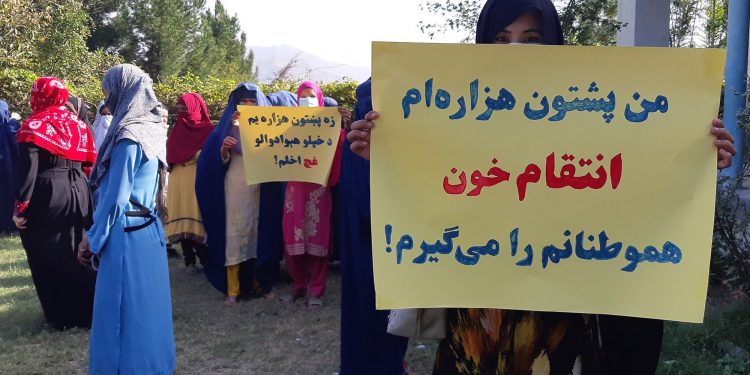 Women in Nangarhar Condemn the Attack on Kaj

Several women in Nangarhar province in the east of the country protested against the attack on the Kaj educational center in the west of Kabul.

This demonstration was held on Tuesday (5, Oct) in Jalalabad city, the capital of Nangarhar province.

Demonstrators chanted the slogans “I am a Pashtun Hazara, I will avenge the blood of my compatriots” and “We will not forgive the blood of the innocent victims of Kaj” and supported the protests to stop the genocide of Hazaras.

After the attack on the Kaj educational center in the west of Kabul, women have demonstrated in different cities of the country and demanded to stop the genocide of Hazaras.

The fighters of the Taliban group have suppressed women’s protests against the genocide of Hazaras in Kabul, Herat, Balkh, and Kapisa with gunfire and violence.