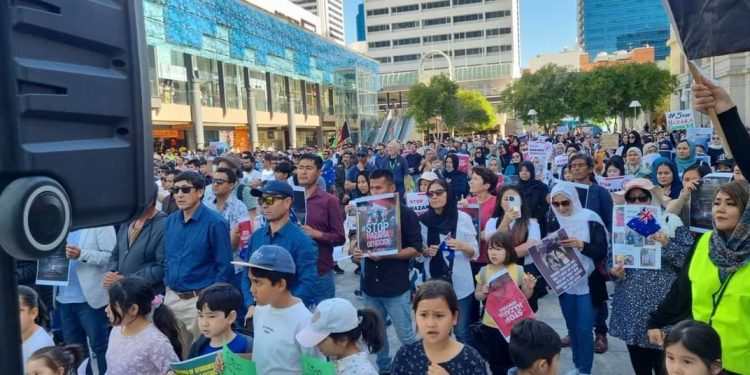 Hazara Genocide; Afghan Immigrants Protest in 100 Cities Around the World

Afghan immigrants are going to come to the streets in about 100 cities around the world today and call on to stop the genocide of Hazaras in Afghanistan.

This big demonstration started this morning (Saturday, 8, Oct) in many cities around the world, including Sydney, Australia.

The biggest cities in the world, including Washington, London, Melbourne, Hamburg, Ottawa, and dozens of other cities will witness the demonstrations of Afghan immigrants today to stop the genocide of Hazaras.

Afghan immigrants around the world consider the attack on the Kaj educational center in the west of Kabul as a clear example of the genocide of Hazaras and demand an end to it.

So far, world-famous figures such as Paolo Quilio, Elif Shafak, Malala Yousafzai, and Nadia Murad have supported this campaign.

Last week, Afghan citizens demonstrated in different provinces and cities of the country and several countries in the world in support of the campaign to stop the genocide of Hazaras.