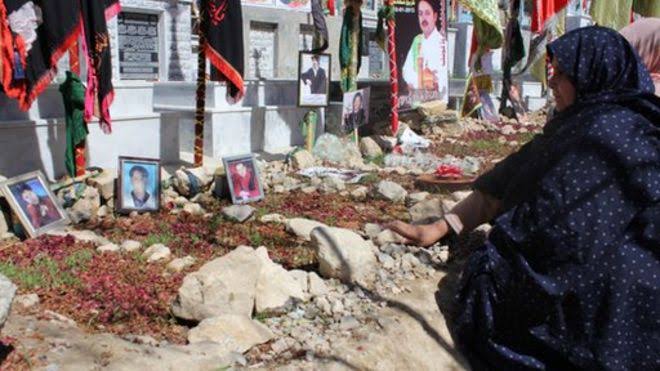 One week has passed since the bloody event at the Kaj educational center located in Dashte Barchi area of Kabul which left 56 dead and more than 110 wounded, some of whom are still reported to be in serious condition. The victims of this terrorist attack were mostly teenage girls. The people’s anger over the genocide that has systematically targeted Hazaras was not limited to Dashte Barchi and west of Kabul this time, and we witnessed huge lawsuits for the Hazara people in different cities of the world within the last week. This time, the Twitter campaign “#StopHazaraGenocide” had a serious reaction from the world’s famous figures, and people consciously did not let the dead people of Kaj educational center remain only a news headline for the world’s media, and they are trying to aware the world about this genocide in different ways.

However, this is not an easy task for people who have neither the support of world powers nor strong lobbyists in different countries. But, the will of the people to make their voices heard by the people of the world and not necessarily the politicians of the world have been successful so far. These lawsuits have been held with the support of the people in different parts of the country, women were the pioneers of these protests, and these lawsuits continue in the cities of the world with the support of the people, popular media, and well-known figures who are less governmental. Some of the celebrities who joined this campaign on the Internet are British-Turkish writer Elif Shafak, Iranian actress Mahnaz Afshar, Nobel Peace Prize winner Malala Yousafzai, popular Afghan singer Farhad Darya, European Parliament member Claire Daly, etc. They call on the world to hear the Hazara people’s voices.

The leaders of western countries always try to consider the Taliban as the responsible protector of the Afghan people in their declarations and speeches and to give legitimacy to this terrorist group. Because most of the terrorist attacks and the genocide of Hazaras were carried out by this group in the last two decades, and the most bloody events in the past year have happened in the west of Kabul and especially in Dashte Barchi, where Hazaras live.

Both before the fall of the republic and in this one year that the Taliban have dominated Afghanistan, they have repeatedly shown that they seek to eliminate and censor other nationalities in Afghanistan. In the cities, they use their special forces, which are suicide bombers, and try to kill or flee the country by exploding in certain places such as educational centers, mosques, or temples of Afghan Sikh citizens. In the battlefields, mostly in the northern regions, conflicts between the Taliban and the resistance forces, have not stopped brutally killing civilians, and they always implement the policy of elimination by forcibly displacing people and making them homeless.

Just reading a few reports from independent human rights organizations over the past year is enough for anyone in any position to understand the situation of the people and the policies of the Taliban in Afghanistan. But the fact that world politicians do not want to accept responsibility for the consequences of their shameful withdrawal from Afghanistan and handing over a country to global terrorists is a matter that must be criticized by the representatives of the Afghan people. Because being silent can once again turn Afghanistan into safe geography for global terrorists for a long time so that the superpowers of the world can abuse it according to their own policies.

The world, which is now on the verge of becoming multi-polar, undoubtedly needs terrorists who are always ready to serve their investors, and Afghanistan will become a safe territory for them if the world ignores it.