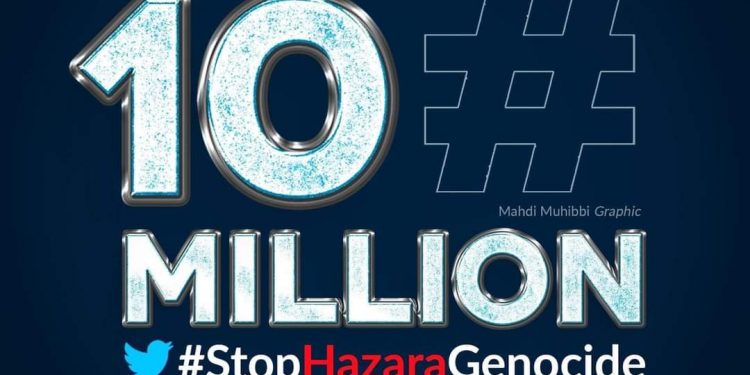 The campaign to stop the genocide of Hazaras on Twitter has exceeded 10 million tweets and has been viewed more than 15 billion times on this social network.

In this campaign, Afghan citizens demand to stop the genocide of Hazaras in Afghanistan using the hashtag #StopHazaraGenocide.

This campaign was started after the deadly terrorist attack on the Kaj educational center in the west of Kabul. In this attack, 56 students were killed and 115 other students were injured, most of them female students.

This Twitter campaign was accompanied by street protests by Afghan citizens in different provinces of the country and more than 100 cities around the world.