“Do not Recognize the Taliban, Put Ashraf Ghani on Trial” 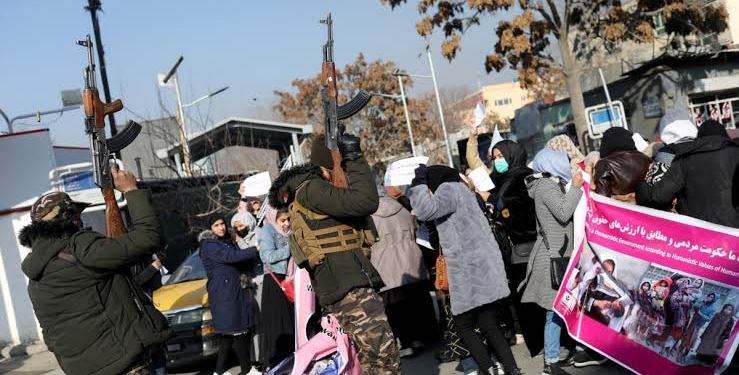 A group of Afghan civic and media activists abroad issued a joint statement asking various human rights organizations not to recognize the Taliban group as the government of Afghanistan and bring Ashraf Ghani, the former president of the country, and his team members who caused the collapse of the system on trial.

Homaira Saqib, Makiyeh Munir, Abdul Mujib Khalwatgar, Adila Ahmadi, and several other media and civic activists gathered in Vancouver, Canada yesterday (Monday, 15, August) and asked the international community and human rights organizations no to recognize the Taliban and put Ashraf Ghani and his team on trial.

In another part of this statement, it is mentioned: “In our opinion, this government has no resemblance to a system related to the 21st century.”

Civil and media figures of Afghanistan still believe that the continuation of the authoritarian rule of the Taliban group in the future will be “A big problem for the region and the world”.

In the joint statement of these civil and media activists, it is stated: “The petrified rule of the Taliban in Afghanistan, as it is currently seen, has destroyed this country and created a favorable environment for terrorism and religious fundamentalism, and in the future will be a big problem for the region and the world. The Taliban and their government have no respect for humanity and human values, and only under the name of religion, they have extended their illegitimate rule over more than 34 million poor people, and they continue to persecute, harass, kill and destroy Afghan citizens every day.”

According to them, “Now it is the duty of every member organization of the United Nations to take the necessary measures to isolate the Taliban and define the recognition of this group based on international rules as part of their own country’s crimes against sovereignty outside their geography.”

On the other hand, these civil and media activists say that bringing the Taliban to power for the second time in Afghanistan was a specific and pre-planned process that caused the current humanitarian crisis, poverty, and migration, the subsets of the republican system that include civil society, media society, the private sector, and other similar institutions have been destroyed.

They have asked the international community and human rights organizations to consider people like Ashraf Ghani Ahmadzai, the former president of the country and his team, who left the country to the Taliban and were involved in such a crime as guilty and should be brought to trial in a transparent manner and under the supervision of international institutions, including the International Criminal Court.”

Afghan civil and media activists group living in Canada expressed their condolences to the people of Afghanistan on August 15th, the anniversary of the fall of this country to the Taliban.